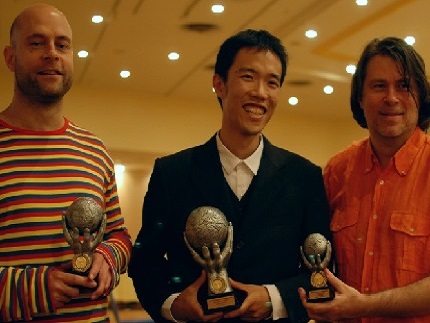 Masayuki “Mochy” Mochizuki, born in Tokyo in 1979, has played on the international circuit since 2001. His notable tournament wins include the Las Vegas Open in 2003, the Bristol Open in 2005, the Belgian Open and the Second Consolation of the Monte Carlo World Championship in2006, where in 2009, he became World Champion, and in 2012 he was runner-up. His wins also include the Nordic Open Super Jackpot in 2010, the European Championship and Las Vegas Open in 2012, the European Pro Championships, the Chicago Open and the Velden Super Jackpot in 2013, the Munich Open, the Monte Carlo Super Jackpot and the Texan Backgammon Championship in 2014, where he was also the Dual-Duel PR winner.

In 2005, he was voted onto the 32 Giants List for the first time and has remained in the list ever since, reaching #1 (his current level) on two occasions (his current level). In 2010 he was selected for the World vs. Denmark in the inaugural event and has been a member ever since. He joined the Under 4.0 Club in 2013. He has a professional relationship with BackgammonAce, where his nickname is bgmochy. His GridGammon nickname is mochy.