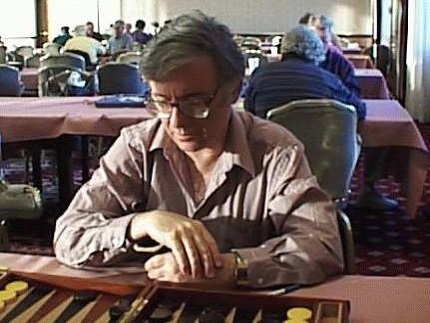 Kit Woolsey, a graduate from Oberlin College, is an American bridge and backgammon player. In bridge, he was the winner of the 1986 Rosenblum Cup world teams championship. He was also runner-up in the 1982 Rosenblum Cup, 1989 Bermuda Bowl and won the Senior Teams at the 2000 World Team Olympiad, and another gold at the 2003 Senior Bowl, as well as more than a dozen ACBL national championships. Many of his successes were in partnership with Ed Manfield. In backgammon, he was runner-up in the 1996 World Cup, and has regularly been voted as leading player on the Giants List since its inception in 1993 (reaching as high as #5 in 2005 and currently ranked #15). He was also an inductee into American Backgammon Hall of Fame in 2015, its inaugural year.

Woolsey authored many bridge and backgammon books, and contributed to the bridge bidding theory with innovations like the two-way checkback convention and a defense system against opposing notrump openings. He won the 1978 International Bridge Press Association (IBPA) award for Best Article or Series on a System or Convention. Since 1984, Woolsey has been one of four (six as of 2005) directors of The Bridge World's Master Solvers Club. Kit Woolsey is editor of the online backgammon magazine GammonU. A complete bio and list of accomplishments and writings may be found on his Wikipedia page.