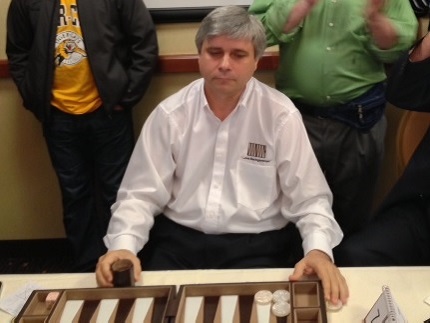 Petko born in Burgas, Bulgaria, started playing backgammon from the age of 11. He had high level training within the Bulgarian Merchant Navy, where he served as officer on large crude oil carriers. Subsequently he and his family moved to the USA, where both he and his wife have pursued very successful academic and professional careers. Since starting playing on the ABT Tour in 2001, he has steadily built up his reputation through both top level play and for perfect sportsmanship, resulting in his being voted into the Giants List several times, with current status #6. He has won Masters Tournaments in Pittsburgh (twice), Michigan and Charlotte (twice), and the SuperJackpot in Las Vegas.

In 2013, he had a particularly glorious year, winning the 2nd IBC, third place in the Monte Carlo World Championship, and winning the 2nd Giants Invitational Tournament in 2013 (with 2.52 over eight 9 point matches). In 2014 he joined the World Team for the Nordic Open, and won the Masters Jackpot in Illinois. His Gridgammon nickname is Bulgari.