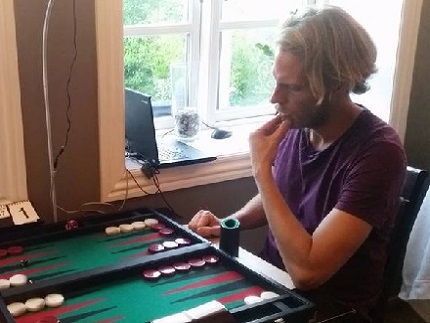 Born in 1978 in Copenhagen Denmark, Thomas Kristensen discovered backgammon in 1996 on the streets of Copenhagen where professional ‘hustlers’ played it for money.

In the strong Danish backgammon environment he quickly improved and decided to become a full time professional player in 2000. He continued living solely off backgammon until 2003 when poker took over as his main game.

His notable recent tournament victories include winning the European Championships for national teams both live and online in 2014. In both championships he had the best individual score on the team.

He also played each year from 2010-2015 on the Danish team which plays in the inaugural event vs. The World team. He has exceptional online results playing for Denmark in premier individual and team championship tournaments organised by EBIF. He is currently the 3rd ranked player in the PR-ranking table. His nickname on GG is Kristensen.