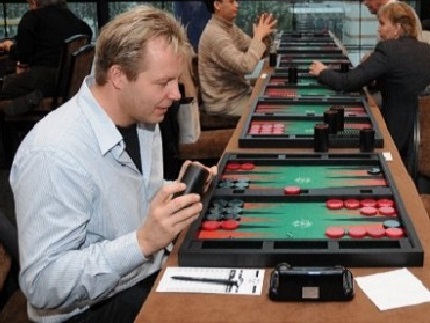 Steen Mikkelsen, born in Odense in Denmark in 1970, has lived in Copenhagen for most of his life. He learnt to play backgammon in the early 1990s and in 1994 he became a registered member of the DBGF. Steen has won many national titles over the last 20 years and has been particularly successful in team events, winning the Danish Team Championships four times (in 2000, 2007, 2010 and 2012) and the Nordic Open Team event in 2004.

Besides being a top quality player, Steen is a major organiser and promoter in Backgammon. He has been President of the EuBGF and President of the DBGF three times. He has directed the Nordic Open over the last several years (preventing his participation in the World vs. Denmark events). He has also directed many other international tournaments including the Monte Carlo World Championships from 2010-14.

In 2009, Steen was voted onto the 32 Giants List for the first time and has remained in the list ever since, reaching #22 (his current level is #28). In 2010, he was awarded the prestigious title of Grandmaster by the DBGF. His nickname on Gridgammon is “Spiril”.