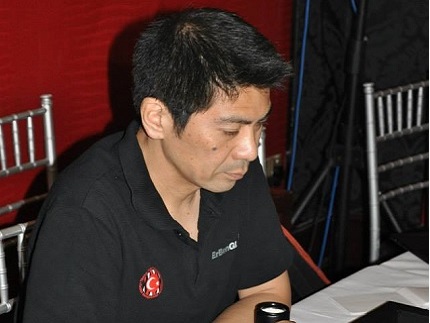 Based in Osaka, Michihito “Michy” Kageyama, started taking Backgammon very seriously after visiting the Chess and Backgammon Club in New York in 1995. There followed five years of rapid development culminating in his winning the highly prestigious “Bansei” (Board-Spirit) tournament four times consecutively from 2000 to 2003.

In 2009, he was voted into the Giant-32 List for the first time and has remained in the list ever since, reaching #2 (his current level). In 2010 he was selected for the World vs. Denmark in the inaugural event, and has been a member ever since. He joined Mochy’s Under 4.0 Club in 2013. His GridGammon nickname is michy.