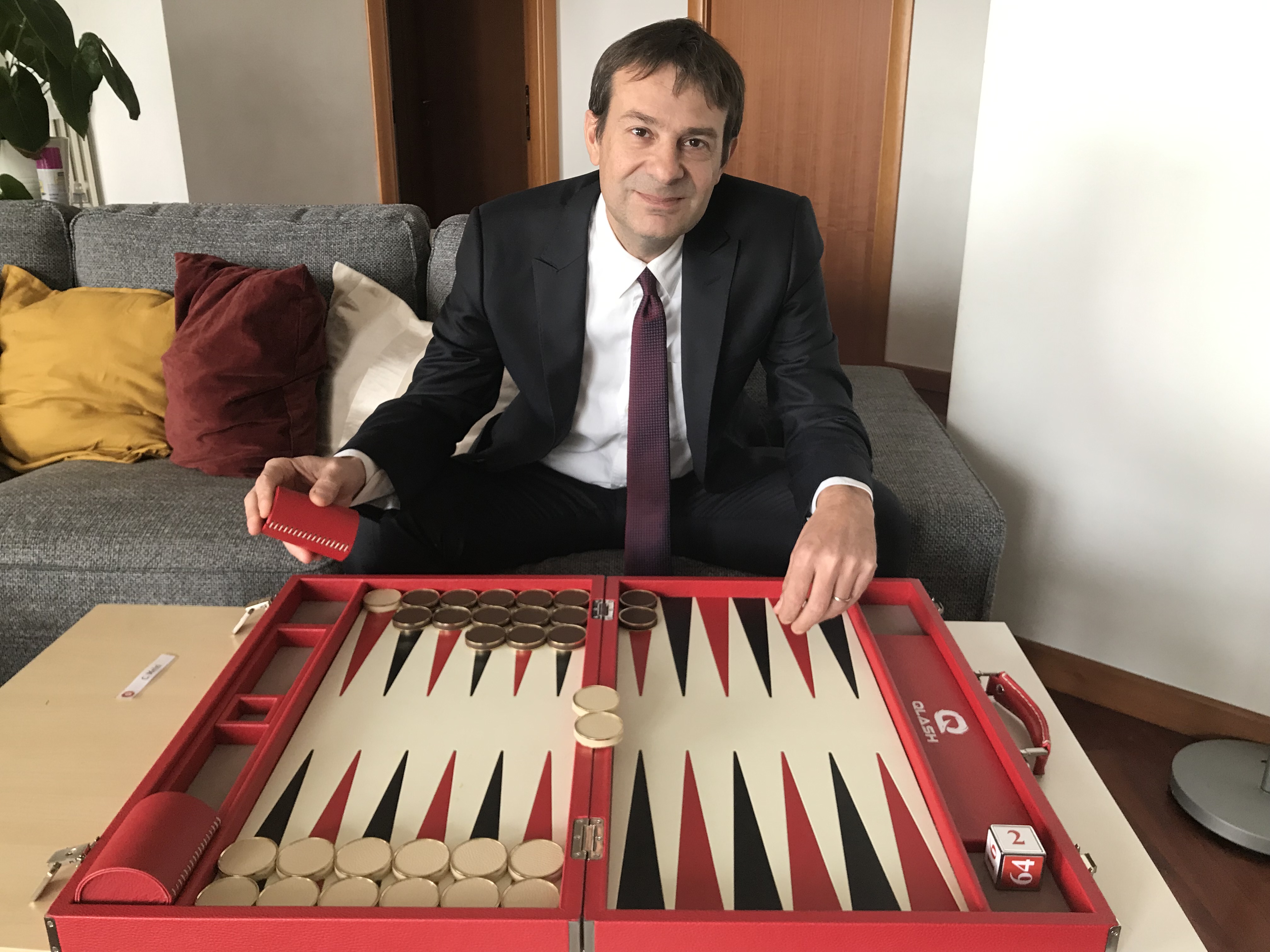 Carlo Melzi, aka "melzino" online and among friends, was born in Milan in 1974, and started playing backgammon in the early 90s.

By the late 90s Carlo was one of the best Italian players, reached one of the top positions on FIBS server, and had his first international success at the Oslo Open 1999.

His national successes include a bunch of Italian overall championships, while his most notable international win is the Paris PGT Open in 2008.


In the last decade, Carlo was selected for the World Team opposing Denmark in three separate occasions: at Nordic Open 2012, 2013 and 2017.