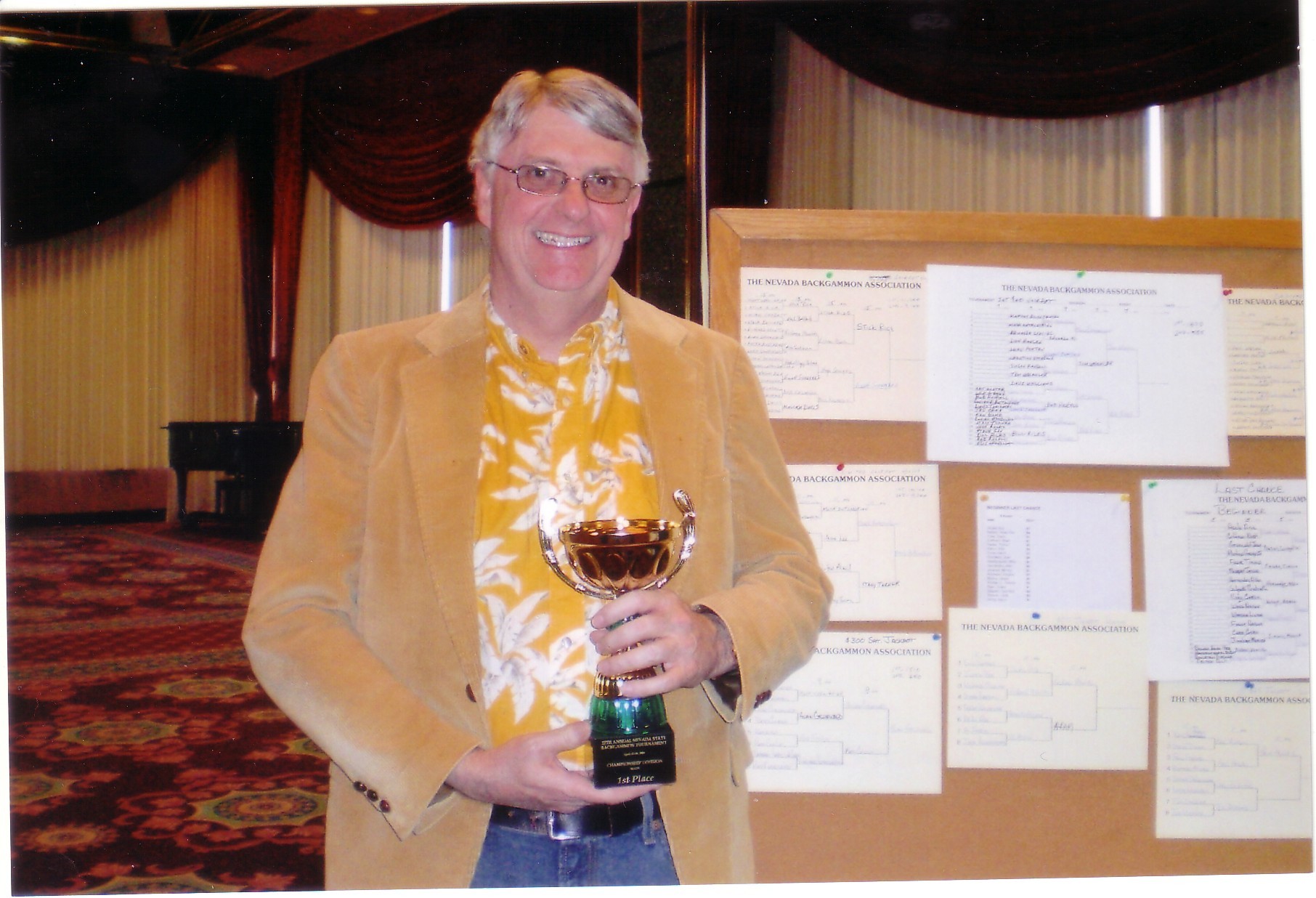 Born in Illinois, John learned how to play backgammon in college. He started entering tournaments in the mid 1980s. His first big cash came in 1989 when he came in 2nd in Lake Tahoe. He has won several ABT tournaments over the years. He won the Chicago Open back to back in 1996 and 1997, the 2008 Nevada State Super Jackpot and the 2009 Nevada State Championships. In 2010 he won the New Mexico and Florida State Championships. He won the Ohio State Championships in 2011 and the Wisconsin State Championships in both 2012 and 2013. He also finished 2nd in Monte Carlo in 2005. He has been on the giants list since 2007 and is currently ranked 15th in the world. He has spent a lot of time studying match equity and has developed several rules for takepoints and gammon values in match play. He is a backgammon teacher and has been giving lessons for the last few years. His gridgammon nickname is johnoh.