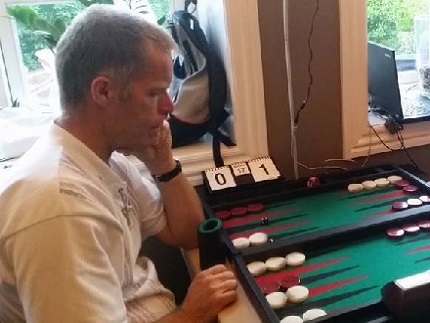 Born in 1958 in Holbæk, Denmark, Freddie started playing backgammon in 1992 when the game was just starting to boom in Denmark. He gained considerable experience playing in thousands of games against Michael Weile, analyzing and discussing positions from various tournaments.

Since commercial bots became available, Freddie has developed a fantastic analytical approach to the game and spends much time perfecting his game. This approach has brought him exceptional results including winning his first Danish Team Championship with his club “Soiree Dansante” in 2009. In 2014 he won the most prestigious PR tournament in Denmark (perhaps in the World), the XG Masters.

Freddie was a very good chess player as a youngster and also has titles in bridge, golf, badminton and Soccer. He is a true gentleman in whichever sport he participates. His nickname on Gridgammon is Miraculix.